I took Erica down to the Boise Balloon Fest yesterday evening, and we had a great time!  We found that the crowd was not horrifically huge, everyone was mostly pleasant, nobody was drunk, and the balloons were great.

We walked all around the entire event before they started inflating the balloons, and chatted with one of the guys handling the gigantic Coca-Cola bottle balloon before it was launched.  He let us feel the fabric of the balloon and answered a few questions about how how it all worked.

Then we settled in for the evening glow – I’d never heard of what this is or seen one before, but the basic idea is that a dozen or so hot air balloons are all lined up deflated on the ground in front of you.  An announcer calls off the instructions, and all the balloons are inflated simultaneously at dusk.  As night descends, they use their huge million-BTU burners to light up the inside of their balloons.  The effect is incredible.

We managed to find a great place to sit right in the front and had a great view of everything that was going on.  Below are just a few pictures I snapped while we were there.  If you want to see a ton more shots at higher resolutions, go visit my photo archive in the gallery.

First, a video of the crowd getting the balloons lit up:

Next, a video of the balloons doing “popcorn”:

And some still shots: 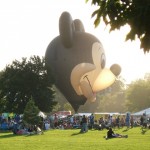 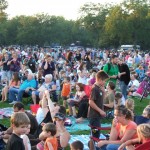 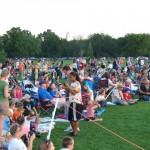 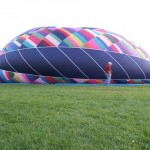 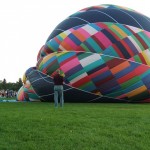 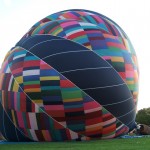 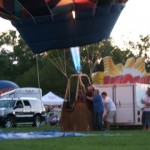 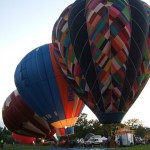 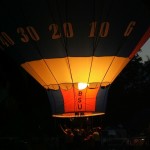 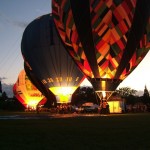 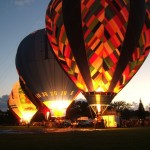 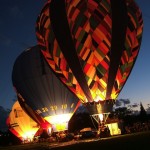 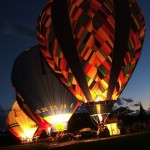 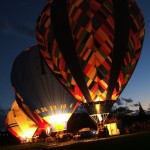 I highly recommend attending the festival next time they are in town – it was a great time!

« How To Make Your Passengers Barf – A Practical Guide
Never Forget »