We done went and had a reunion at a cabin on Bear Lake in northern UT.  Good times. You may call them grandkids, but we call them mayhem.

Go check out the rest of the pictures I shot there….

I’ve always been fascinated by stuff that flies.  When I was a kid, one of the walls in my bedroom was covered with a mural of the space shuttle  in flight.  When I got a little older I would spend summer afternoons in my yard listening for the telltale sound of a small remote control plane engine firing up  at the school playground near my house, then run up there to watch.  I used to shoot off model rockets.  I now fly my own RC planes… All these helped scratch the itch, but nothing has really made it go away.

Let’s face it… I need to become a pilot.

I’ve told my wife (numerous times) of my dream to become a licensed private pilot, and while I think the idea of me zooming around the skies in a little single engine plane scares the heebie-jeebies out of her, she recently gave me a gift certificate for my first flight lesson.  Thanks Honey!

So this morning I headed down to JB Aviation at the Nampa airport near Boise, and met up with certified flight instructor Jeff Beers.  He spent a few minutes answering all my noob questions about how long it will take to become licensed, what the cost is, what to expect, etc.  When I could think of nothing else to ask, out to the plane we went.

Jeff led us out to his Piper Cherokee, and spent a few minutes explaining how the control surfaces worked in the plane, what all the different parts were, etc.  When I let him know I was familiar with all of the basic principles of flight due to my experience as an RC Pilot, he said “Well, then you are going to take off for us today!”  Talk about having your stomach do flip-flops. 🙂

We finished up the external pre-flight, then climbed in.  Cameron (my brother) was the designated photographer, so he hopped in the back.  Jeff told me to take the left seat (ahem.. that’s the pilot seat, for those of you who are unfamiliar with the way a cockpit is laid out) and he took the copilot seat.

Jeff then talked me through the remaining checklists, and had me taxi the plane to the runway.  Once I had the plane all lined up and ready for take off, he took his hands off the controls and said: “Ok, get us in the air!”…. so I did. 🙂

The Piper was great to fly – very smooth, tiny control movements, and very comfortable.  Before I knew it we were cruising up around 4000 feet, and I was practicing banking to and fro around Lake Lowell.  After about a 20 minute flight with me in control of everything, we headed back to the airport.  Jeff let me fly everything until we came to our approach, at which point he took over for the landing. (Whew!)

I had a great time, Cameron shot some awesome pictures, and we all came back in one piece.  As the sign on the wall at JB Aviation says:

“Flying is the second greatest feeling in the world.

Landing is the first.”

While getting a license is plenty expensive, it will cost significantly less than I first thought…Time to start saving my pennies.

If anyone in the Boise area is interested in learning to fly, I highly recommend Jeff Beers over at JB Aviation – give him a call at (208) 761-1219.

Here are some pictures.  More can be found in the gallery. 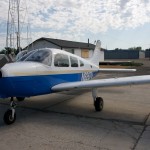 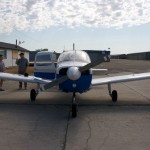 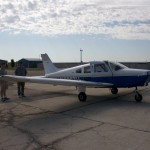 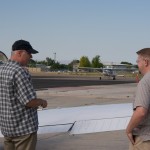 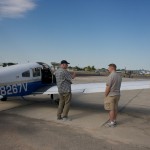 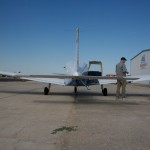 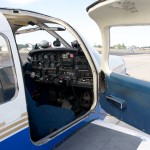 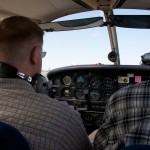 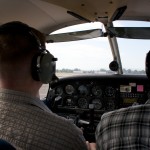 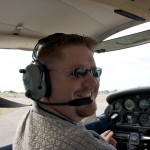 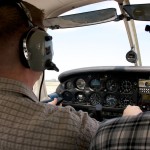 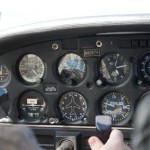 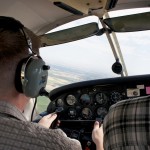 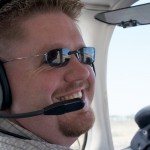